Well… I have been going against the grain in my classroom and I let my students write on the tables occasionally. 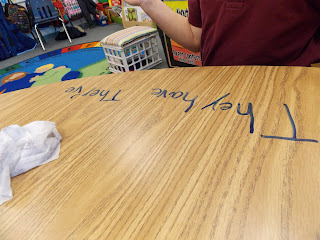 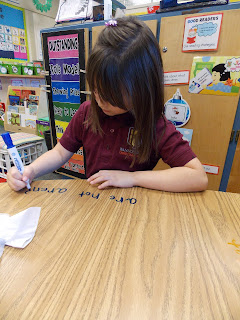 (working on contractions)
They LOVE it.

You would have thought we were eating whipped cream right out of a can the first time I let them do it. Now, if something is difficult they say, “can we try this on the table?” and for some reason… it suddenly becomes easier.

Last week we were working on comparing and contrasting. To make this more hands on we started talking about what we know about animals. Then I had my students pair up into groups and come up with a list of as many animals as they could think of in one minute.

I wrote some of their animals on index cards as they were saying them.

Students then read a non fiction story about animals in pairs. 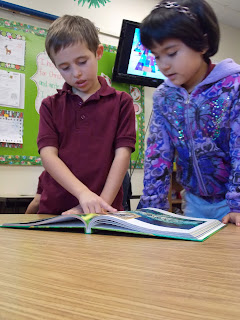 Then I had two students pick one index card and we created a Venn Diagram of those two animals on the board. (The animals were also featured in the reader so students knew facts about each one.)

After this, the student groups took two index cards and created Venn Diagrams on their tables. 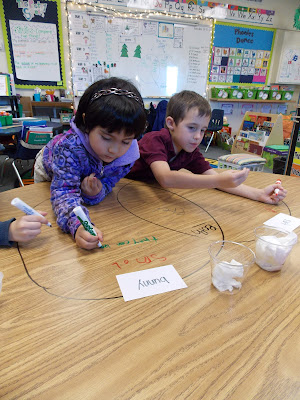 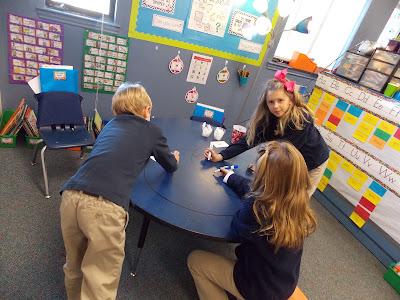 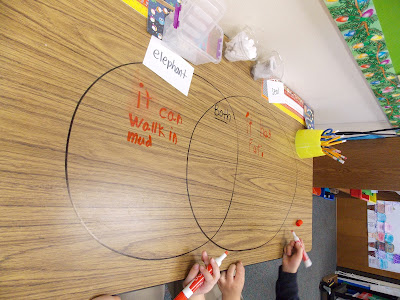 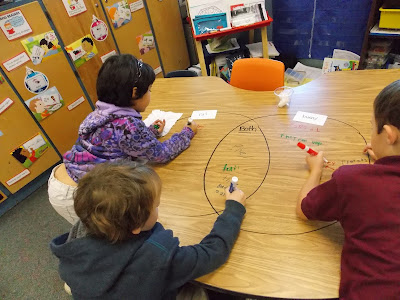 (At each table there was a plastic cup with a wet wipe and another cup with tissues in it– the students used these if they made a mistake.) 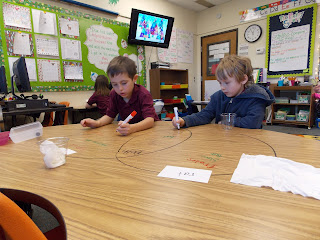 They really enjoyed this activity and the conversations as they were working were priceless.