We continued our study on the three states of matter using Jen Ross’s amazing States of Matter Pack.

It was a serious life saver. I loved every thing about it and so did my students! 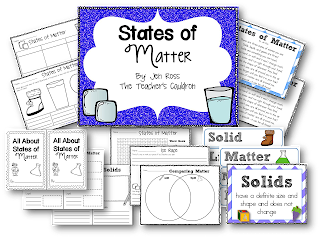 Our two favorite things from the pack were the Ice Race and the craft/project that showed what molecules look like in solids, liquids, and gases.

In the Ice Race, the students wrote predictions, recorded their observations and then wrote down the results of the race. Our fastest time for the ice to melt was 2 minutes and 47 seconds. Our longest time was just under 4 minutes. 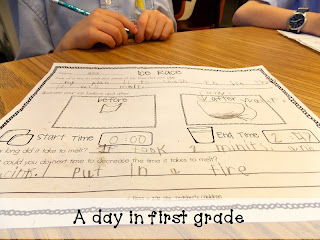 For the race, each student was given an ice cube and tried to turn their solid into a liquid the fastest! 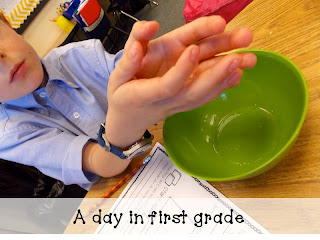 They really, really loved this.
So much so that we did it twice because they wanted to try different ways to get their ice to melt!! 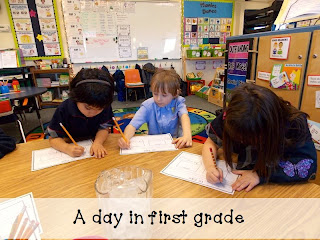 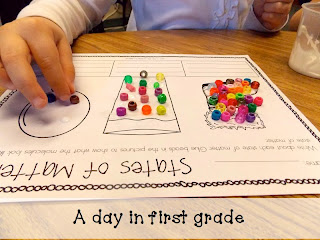 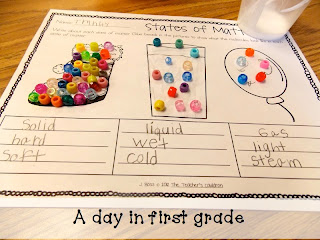 My class learned so much about the three states of matter from these activities! I highly recommend picking up this pack! It made a not always so fun concept to teach really engaging! 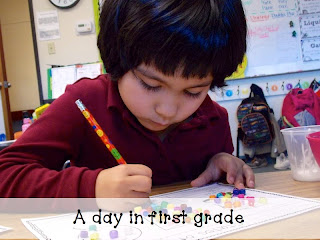