Clams?!
22 Nov, 2013. 4 Comments. . Posted By: Kristen Smith
Today my class was in for a surprise when they walked in the door. We have been diligently studying Thanksgiving and what the first Thanksgiving might have looked like. We have discussed Squanto, Samoset, the Wampanoags and the Pilgrims. My students were enthralled by the way the Wampanoags had to help the Pilgrims and what they did to find food.
Being in Texas, and fairly land locked, my students have little to no schema about the ocean, the beach, and ocean life. They were completely confused when I talked to them about mussels and clams and lobster. So, a few weeks ago I went to our local grocery store and asked them if they could order me some quahogs. They were happy to oblige and had a few ready for me yesterday when I went in to pick them up. The best part was that they were still alive!
When we got to school today, my students came in to an empty bowl of water. I told them I had a surprise for them and they took turns guessing what it might be. It was really fun to see their brains turning to figure out what it might be. After each guess I gave them another clue and they continued to guess until they finally came up with clams!
I then took out the clams and let them pass them around carefully exploring the creatures. 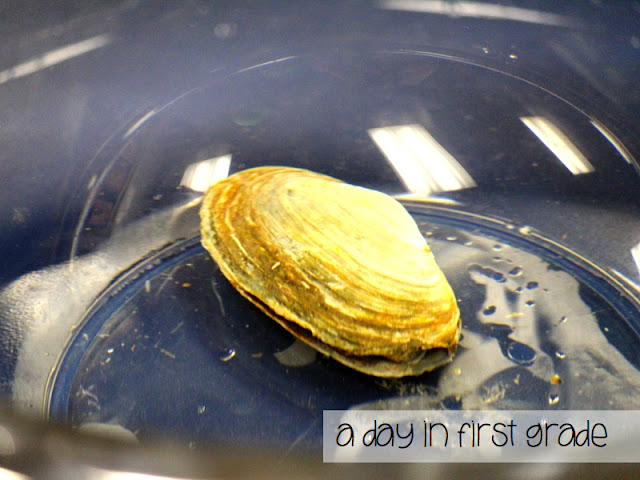 Because the clams were still alive, they would open and shut for the students as they passed them around. {so cool!} 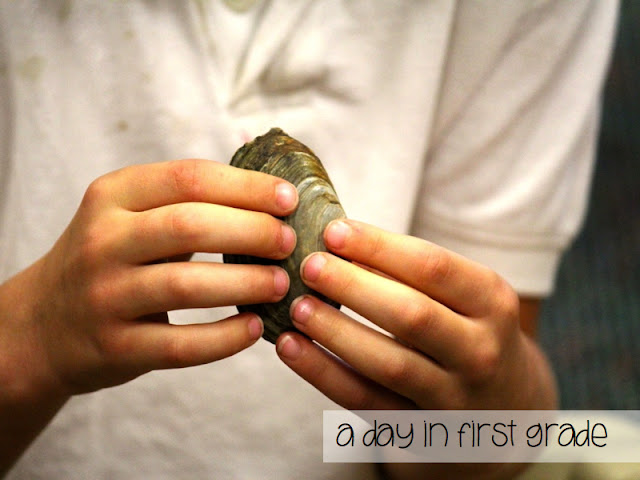 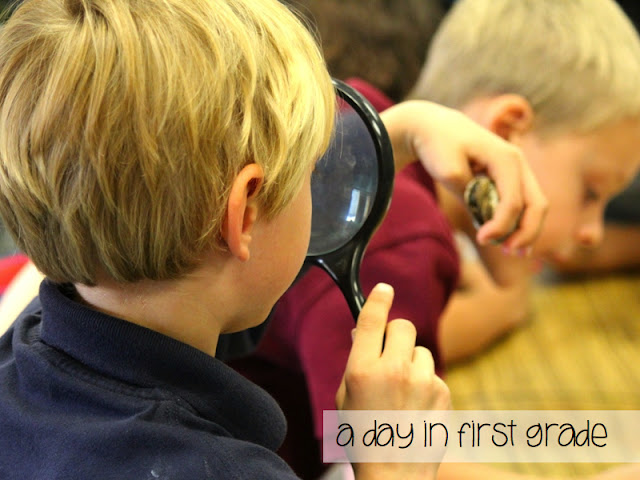 We then watched this youtube video about how to find clams today. It was so interesting! It also started some great discussions about low tide and high tide!
After the video, we broke up into groups and explored how long our clams were and how much they weighed. I had brought in two different types of clams so it was fun to see how they were the same and how they were different. 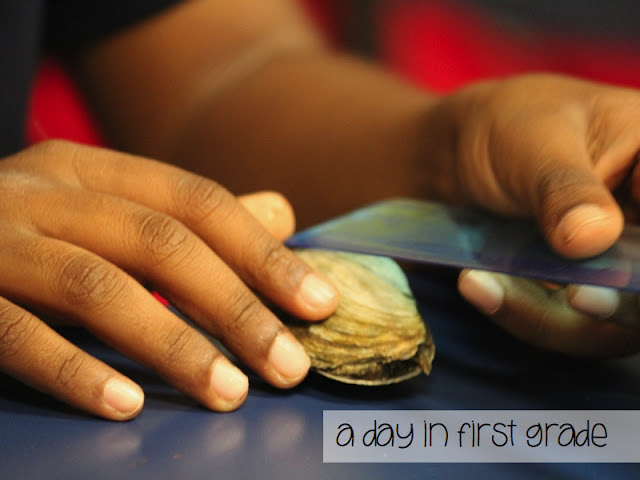 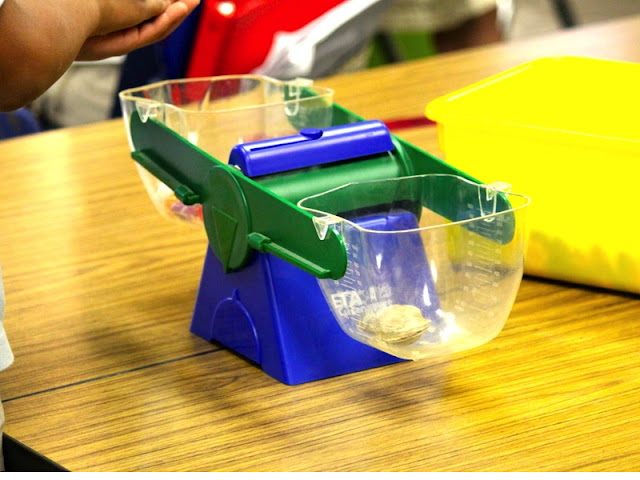 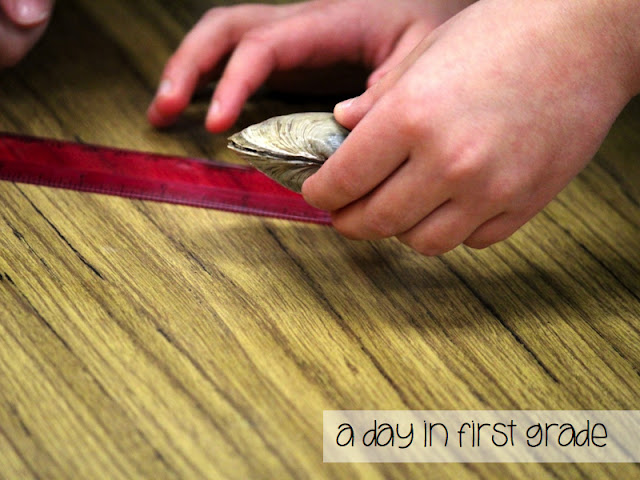 Then we created some Venn Diagrams on our desks about the two different types of clams. 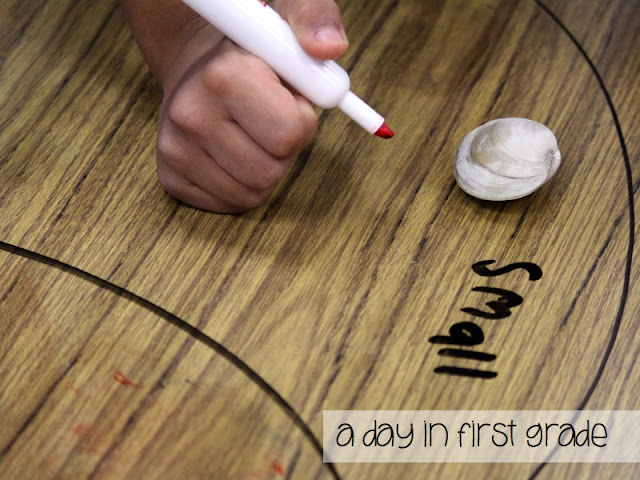 I love how this quick lesson reinforced numerous concepts that we have been working on: adjectives, comparing and contrasting, measuring, weighing, and writing! 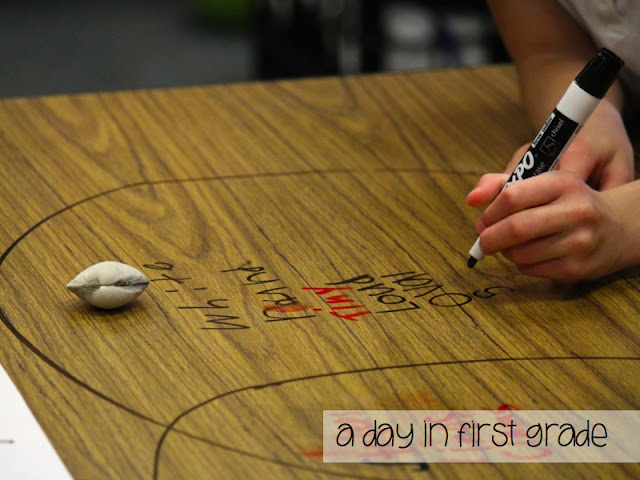 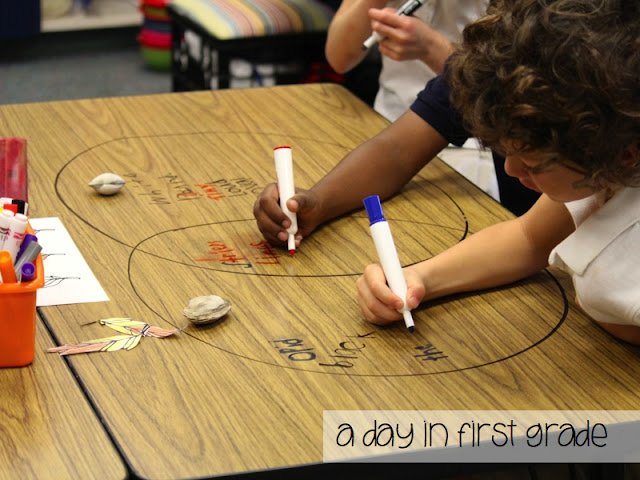 My students really loved discovering these clams and now they can really understand more about the very first Thanksgiving. 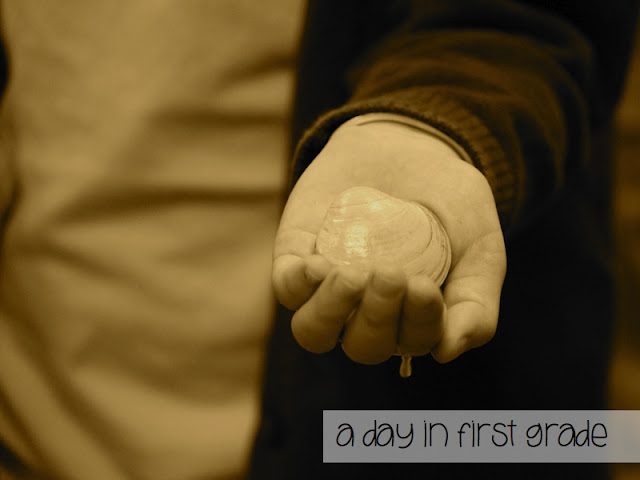